Radu is a painter from Targu Mures in Transylvania, Romania. Self taught, Radu has exhibited his artwork all over Romania, as well as Greece, Belgium, Hungary and France. We were delighted to meet him and hope you enjoy readng the interview.

David Field: When did you first realize you wanted to be an artist?

Radu Florea: I enjoyed drawing and painting since I was a child. Discovering the chromatic energy of the oil colours more than twenty years ago made me realise that painting would be a part of me forever.

RF: Faithfull to the traditional means of oil painting, I push myself further on into the gestural movement of line and colour, in a complex interaction with the surface, until that inner vital sign is bursting out in an expressionistic message of my works.

RF: Slowly but surely, after discovering in the 90's, the tensions in the modulating line and vibrating strong colour, I was attracted by the Fauves French group and German Expressionism. Ten years ago, working on the balance between figurative and abstract compositions sustained by the energy of the pure vibrating colours, I switched on to the gestual 'painting in action' towards a more energetic non-figurative approach of the theme.

RF: It is called 'Sebastian, seen/unseen' a sensorial manifesto, a different esthetique of pain and sufference. In February 2016, I travelled and studied along with the CARPART group (composed of five Transylvanian artists) to Madrid and Toledo, Spain. We studied for the theme of the martyrdom in El Greco's art, as a personal message. It is my social way of reaction against the religious terrorist acts that occur today in the world.

DF: Choose one piece of your art and give me a critique?

RF: It is an interpretation after El Greco/s 'Laokoon' which is one of the most revealing piece's of art in the world for the human sufference. I tried to approach it in dark tones of vibrating shadows of China green, Sap green and Prussian blue with pale yellow Ochre. I painted it with blurred, vibrating contours and shapes that suggest the anxiety and the struggle facing death of the Trojan priest and its sons.

RF: Inside and outside of me, lately in El Greco's works exhibited in the Prado Museum, Madrid.

RF: Between 27th of July- 13th of August 2016, I had a solo exhibition of eighteen works. The works were from the project that I am still working on 'Sebastian- the Idol, Sebastian- seen and unseen, Melancholia-Sebastian' (this is the full title of the project). The exhibition was in the Elite Art Gallery, Bucharest, and was curated by the reknowned Romanian art critic, Oliv Mircea.

RF: I have many of whom are only living through their art, but that's enough for me.

RF: I only have some works from former colleagues and my partner's works, for she is also a painter, a Carpart group member.

Improvisation no.19 by Wassili Kandinsky

and the 'State of Balea XII' a triptych I did two years ago.

Improvisation No.19. Ol on Canvas by Wassily Kandinsky - 1911

DF: What’s the first artwork you ever sold? 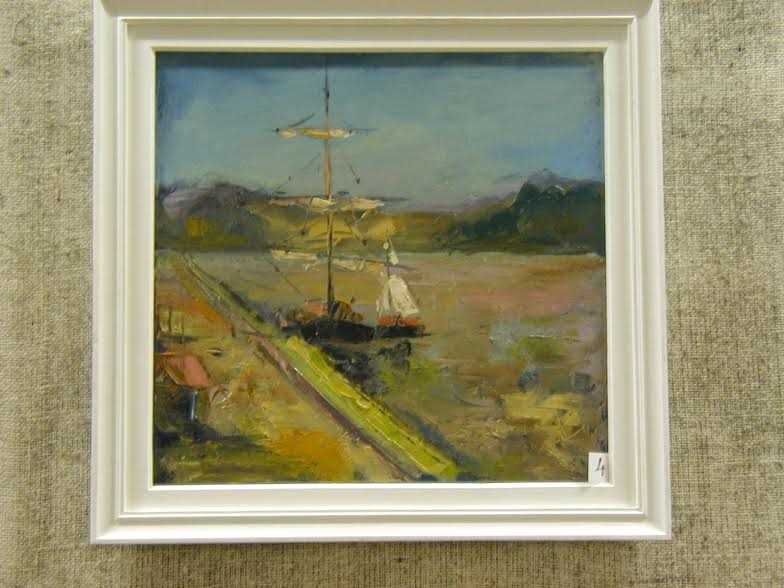 DF: What’s the last artwork you ever sold?

RF: It was an oil on canvas called 'Ripped Soul' 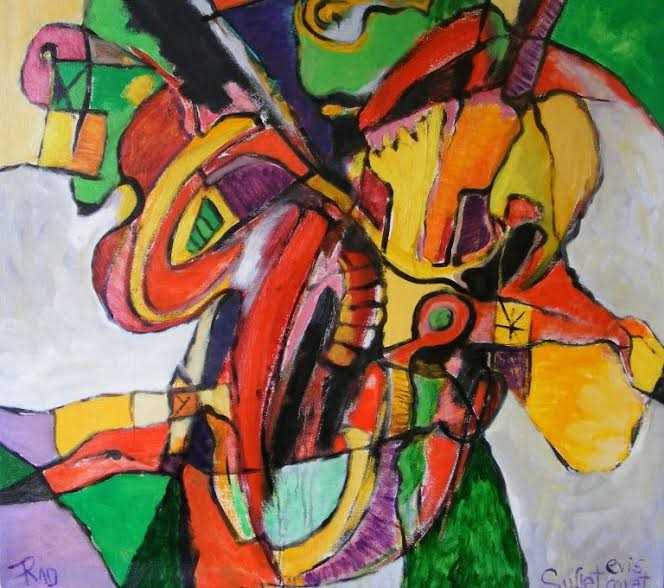 DF: What annoys you most about the art world?

RF: The Sunday painters and the pride.

RF: The chance to explore and express your inner reality.

RF: Thank you for taking the tIme to intervew me.

Radu was interviewed in September 2016.

We are delighted that member artist Paul West agreed to be the next artist to be interviewed in our series of 'Artist Interviews'. Paul is a London based artist and he draws inspiration from rugged landscapes influenced by his Dorset roots and frequent travels around Northumberland. Low horizons Read more...

It could be said that Tibor Jakab is the complete photographer. He has been creating photographs commercially since around 1988. His photographs have been exhibited at International art photography salons in 50 countries, on 5 continents. He has been awarded 455 prizes for his work and had 45 per Read more...

Next up in our series of short interviews with artists is the one and only Dorel Cozma from Transylvania. Dorel is an artist with a love for abstract expressionism. Dorel has produced artwork for at least 30 years and is also a talented architect. His fantastic captivity series from 2014 is a fir Read more...
Browse by category Recent posts Blog archive