Next up in our series of short interviews with artists is the one and only Dorel Cozma from Transylvania. Dorel is an artist with a love for abstract expressionism. Dorel has produced artwork for at least 30 years and is also a talented architect. His fantastic captivity series from 2014 is a firm favourite with collectors on Artfield Galleries. Dorel recently visited Madrid and was so inspired by the work of Goya that he has decided to include some of Goya’s influence in his next series of paintings.

David Field: When did you first realize you wanted to be an artist?

Dorel Cozma: I have always been an artist as such, but about 10 years ago I realised I could have the time to do it on a more permanent basis. 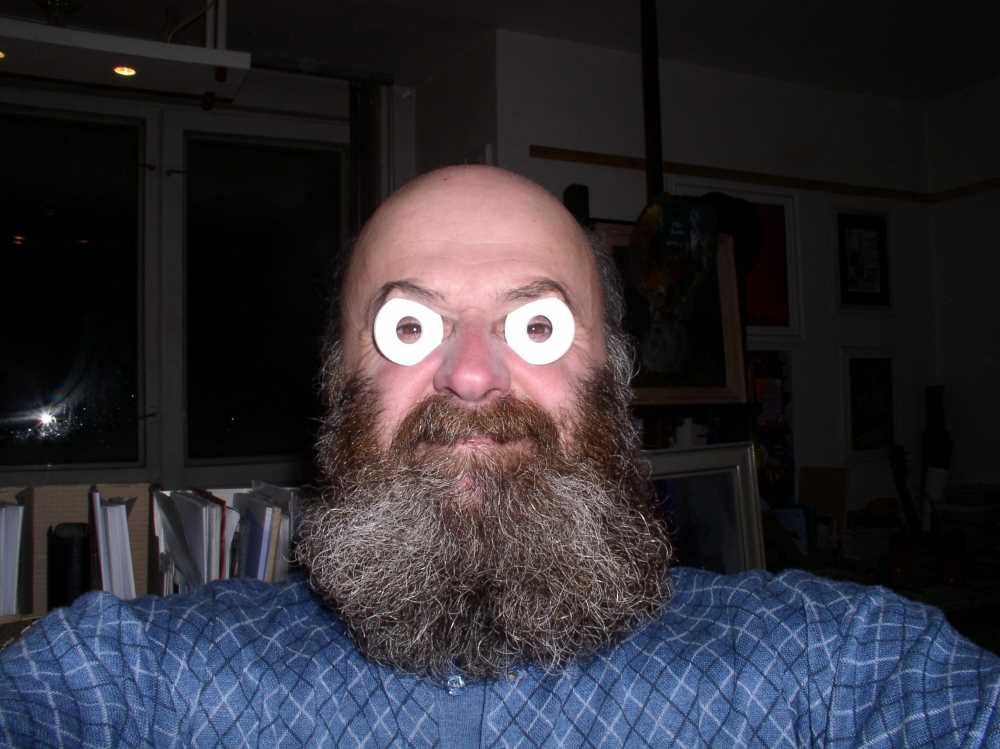 Dorel Cozma having some fun in his studio - his beard is rather shorter these days!

DC: In general it has not changed that much. However, these days I like to think of an idea or concept and create a body of work around this. It is not really important what style it is, rather the meaning behind the work.

DC: I am working on a few things, however the principal project is a series based on the madness of the world, especially the madness happening in Europe at the moment. I am excited to be doing such a large scale project and am enjoying the experience of documenting what is going on. The series of paintings I am working on are large, and are inspired by GOYA. I will exhibit these in an exhibition next year.

DF: Choose one piece of your art and give me a critique?

DC: My series about Captivity was very well accepted. I have chosen the piece which was used for the cover of the magazine promoting the exhibition. I have never sold the piece as it has been exhibited in many further exhibitions since then.

DC: I have always too inspiration from the various art movements over time, however everyday life is what inspires me the most.

DC: At the end of last year, I exhibited in a large show in my home city of Targu Mures, Transylvania. It was an amazing show in the Palace of Culture, which is one of the most famous galleries in all of Romania. Of course, I always have work in other shows, in various places, but mainly in Romania.

DC: Cecily Brown. Many of her pieces are abstract expressionism, close in style to another favourite artist of mine, Willem De Kooning, who died in 1997. Her work allows the viewer to discover; she hides things in her paintings. She had some troubled times and I believe she expresses this through some of her artworks.

DC: No, not really. I don’t have the space to display them at home. Let’s just say I am an admirer of some, like Cecily Brown.

DC: As I said before, I have no space in my home. I guess that is my fault as I am also an architect and I designed it! Nevertheless, if I did have the space and the money to buy of course, it would be something by the amazing impressionist, Monet. Francis Bacon was also someone I admired and took inspiration from, so I would have to include something by him. Lastly, I would have to choose something by Wilhelm De Kooning.

DF: Do you make a living from your art?

DC: Yes, but it is not my only income, I am also an architect!

DF: What’s the first artwork you ever sold?

DC: In the 1980’s I used to do many landscape commissions, so I guess it must have been one of these.

DF: What’s the last artwork you ever sold?

DC: Recently I sold three paintings of my Sighisoara ‘Cityscape’ series to a collector in America. He was browsing the internet and saw my work on my website. He contacted me and asked to buy the paintings. I was very happy that a collector found me when casually browsing the internet. It’s also nice to know I have my works in private collections as far away as America. Did you know Sighisoara is where Dracula lived for a while!? I have actually have recently just completed a series of watercolours of Sighisoara, one of which is on Global Art Traders at the moment. 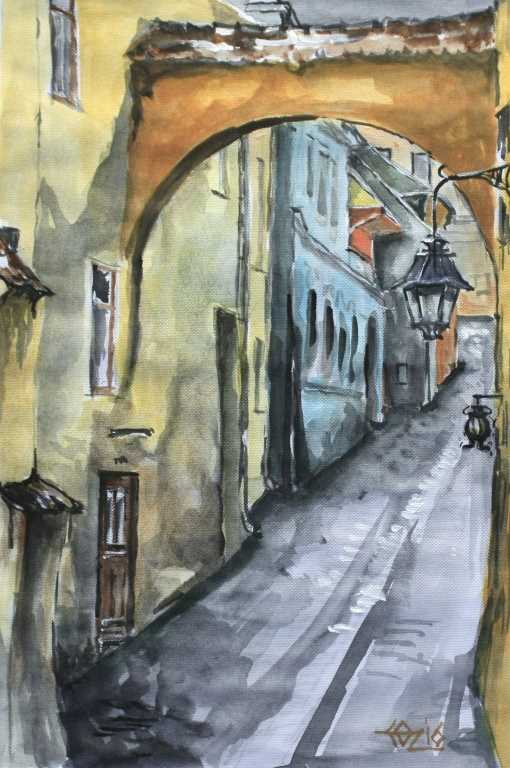 DF: What’s annoys you about the art world?

DC: Consumerism, meaning artists are producing works simply to sell. It is a shame as many artists lose their creativity in the pursuit of money. Of course, I understand that we all have to make al living, but nevertheless, it still annoys me.

DC: The feeling of being free to express yourself, you can live outside the box. Escaping normality is fantastic, but also being able to express ‘normality’ in your work is also a special for me. 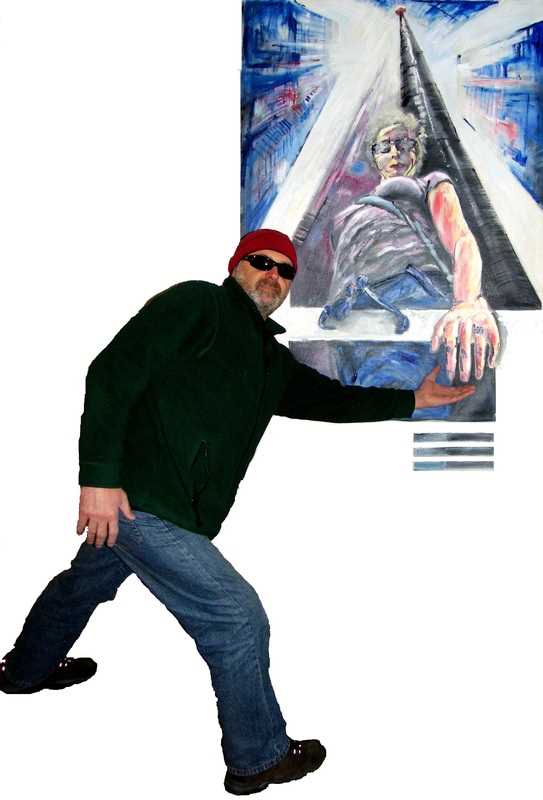 Dorel Cozma with ‘Traveller’ an oil painting of his, on canvas.

DC: Thank you David, I enjoy being part of Global Art traders and sharing my work with the world.

Dorel was interviewed in July 2016.

You can find a selection of Dorel's work on Artfield Galleries.

You can also find artwork and further information on Dorel’s website http://cozart.weebly.com

Video of Dorel talking about 'Mind Games', his painting from the Captivity Series. You can see it here...

Artfield Galleries is fascinated by the talent of many artists, some of which have an instantly noticeable style. In a series of short interviews, Artfield investigates a little more about artist’s artistic history, creative process and their inspirations. First up is a guest interviewee, Read more...

Banksy's Dismaland gets nominated for a top award!

The elusive Banksy has been nominated with a South Bank Sky Arts Award for Dismaland. The brilliant Bristol graffiti artist has been recognised in the visual art category and will compete against Cornelia Parker for Magna Carta (An Embroidery) at The British Library and Lynette Yiadom-Boakye: Verse Read more...