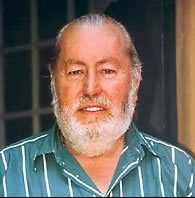 Enter your email address below and we'll email you when there is a new Bernard Buffet artwork added.

Bernard Buffet was born July 10, 1928 in Paris. In December 1943, he entered the EcoleNationale Supérieure des Beaux-Arts where he studied for two years. After this he worked alone. In 1946, he had his first painting shown, a self-portrait, at the Salon des Moins de Trente Ans at the Galerie Beaux-Arts. In 1947, he exhibited L’homme accoudé at the Salon des Indépendants and in December of the same year he had his first solo exhibition , at the Art Impressions book shop in Paris, organised by Guy Weelen and Michel Brient. Raymond Cogniat bought, for the Paris National Museum of Modem Art, a painting entitled Nature morte au poulet. In April 1948, the painting “Le Buveur” was exhibited at the Jeune Peinture exhibition organised at the Galerie Drouant-David. His painting was bought by Doctor Girardin, who, at his death, left it to the Paris Museum of Modern Art. At this time Emmanuel David asked him to sign an exclusive contract with his gallery. This contract was then, to be shared by Maurice Garnier.

In June of the same year, he was awarded the Critic’s Prize at the Galerie Saint-Placide in Paris, in conjunction with Lorjou. In July there was an exhibition of his works at this same gallery. In November he exhibited: La ravaudeuse de filet in the Salon d’Automne. This painting was also bought by Doctor Girardin and was also left to the Paris Museum of Modern Art upon Doctor Girardin’s death. For his admirers, Bernard Buffet is the “pure genius”. He was admitted in “Ecole Nationale des Beaux-Arts” at the age of 15, then introduced among collectors by the painter “Aujame” and rewarded “Prix de la critique” (Critics Award) at 20 years old. Bernard Buffet is recognised as a master in his art, and his paintings are collected in the most famous museums around the world. The Surugadaira Museum (Japan) is specially dedicated to his works and displays around 1,000 of his works. Bernard Buffet represents a typical demonstration of the divorce between the French and Contemporary Art. Popular artist by excellence, Bernard Buffet loved by the public is however detested by elitists whom hold against him his prolixity : 8,000 paintings, water colors,drawings, lithographs and engravings.

In 1947, Bernard Buffet’s personality was revealed by his first angular characters, which classified him as a “Miserabilist de GRUBER and Francois ROUAULT” ( expressionist movement )
His meeting with Emmanuel DAVID in 1948, was the real beginning of his International career, leading to his first exhibition at the “DROUANT-DAVID Gallery” in 1949. Because paint was expensive, he saved money by using little on his canvas. So few material and very little colour, only greys, black, “bistres” and greens. His paintings are strong and breathtakingly unforgettable. Bernard Buffet’s style can be recognised among others by a network of “dry” straight lines grey faces, wrinkled foreheads, scarce straight hair, tensed hands. His characters seemed crucified. This new artistic personality is recognised; B. Buffet’s style is born. Bernard BUFFET has also been classed as a figurative painter, opposed to abstracts, but also and certainly to painters which practised “Social Realism”.