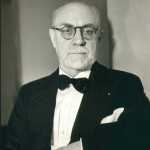 Enter your email address below and we'll email you when there is a new Henri Matisse artwork added.

Henri Matisse was born on December 31, 1869, in Le Cateau-Cambrésis, France. Matisse grew up at Bohain-en-Vermandois and studied law in Paris from 1887 to 1888. By 1891, He had abandoned law and started to paint. In Paris, Matisse studied art briefly at the Académie Julian and then at the Ecole des Beaux-Arts with Gustave Moreau. In 1901, Henri Matisse exhibited at the Salon des Indépendants in Paris and met another future leader of the Fauve movement, Maurice de Vlaminck. His first solo show took place at the Galerie Vollard in 1904. Both Leo and Gertrude Stein, as well as Etta and Claribel Cone,

began to collect Henri Matisse’s work at that time. Like many avant-garde artists in Paris, Matisse was receptive to a broad range of influences. He was one of the first painters to take an interest in “primitive” art. Matisse abandoned the palette of the Impressionists and established his characteristic style, with its flat, brilliant color and fluid line. His subjects were primarily women, interiors, and still lifes. In 1913, Matisse’s work was included in the Armory Show in New York. By 1923, two Russians, Sergei Shchukin and Ivan Morosov, had purchased nearly 50 of his paintings. From the early 1920s until 1939, Matisse divided his time primarily between the South of France and Paris. During this period, he worked on paintings, sculptures, lithographs, and etchings, as well as on murals for the Barnes Foundation, Merion, Pennsylvania, designs for tapestries, and set and costume designs for Léonide Massine’s ballet Rouge et noir.