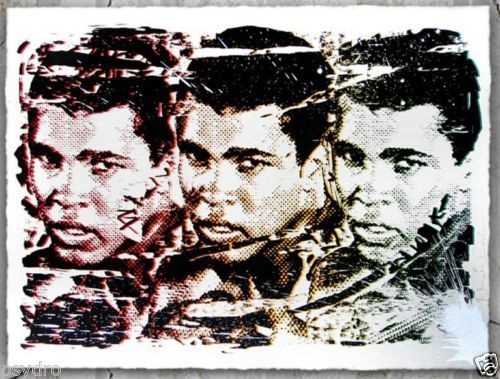 Artist thumb print on the back by MBW.

Mr. Brainwash – often written MBW – is a name used by Paris-born, Los Angeles-based filmmaker and street artist Thierry Guetta. According to the Banksy-directed film Exit Through the Gift Shop (2010), Guetta began as a proprietor of a clothing store and amateur videographer who was first introduced to street art by his cousin, the street artist Invader, and who filmed street artists through the 2000s and "evolved" into an artist in his own right in a matter of weeks after an off-hand suggestion from Banksy.

Guetta does not typically have much physical involvement in the construction of the artwork attributed to him; he passes ideas to his creative team, mostly graphic designers. Mimicking his associate Banksy, Guetta employs famous artistic and historic images, many of which are copyrighted, altering them in sometimes slight, sometimes significant ways. A number of critic have observed that his works strongly emulate the styles and concepts of Banksy, and have speculated that Guetta is an elaborate prank staged by Banksy, who may have created the works himself. Banksy insists on his official website, however, that Exit Through the Gift Shop is authentic and that Guetta is not part of a prank.

Other listings from Mr Brainwash