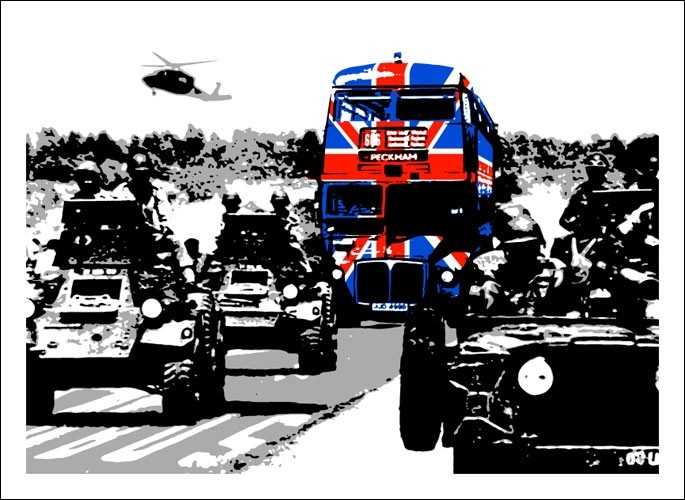 This is one of Rourke Van Dal finest screenprints in a special edition of 100.